I had an amazing gig on Sunday, the 6th. It was a benefit for Horizons, a charity that does great work in Guatamala. The event was Writers and friends. Three Authors and one musician. Catherine Bush, David Macfarlane and Priscilla Uppal .

I love events where two or more genres meet. It was great to listen to the readings, to hear about the long form writing process. For me, I create characters that last for about 5 minutes. I can’t fathom how authors can keep a character going  for hundreds of pages.

The gig was held in Memorial hall in City Hall in Kingston, Ontario .

It’s a truly great room, built to commemorate the fallen of World War One. The north and south walls are pierced with 12 stained glass panels, each named for an action in the great war.

I had a closer look at the glass when i got home and in the the lower corner of the first panel, YPRES,  there was a little flag that said “From Punch”

A couple of hours later I  found this- 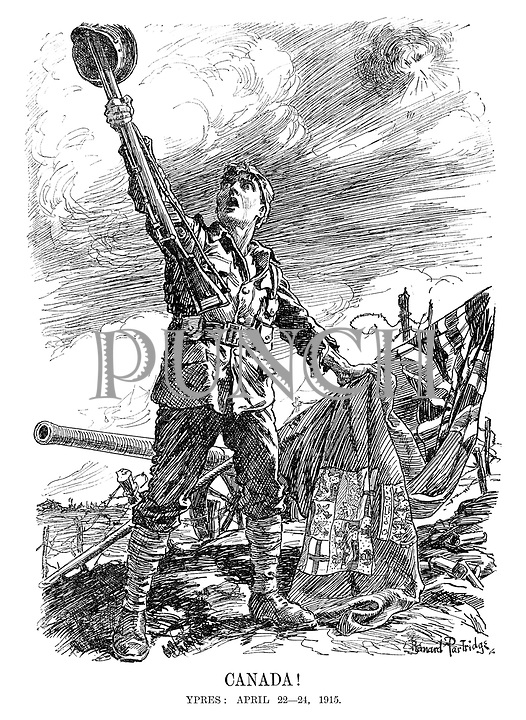 This stained glass image, at least, came from the drawings of Leonard Raven Hill. I’m still tracking down the rest!